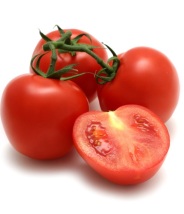 Risotto is a firm favourite in this house. It’s on the list of ‘Ultimate Comfort Foods.’ There are times, however, when standing over the stove, adding ladle after ladle of stock, is a task too far.

This is easy and quick to prepare. It’s also a big hit with the Teen and her pals. No stirring. No adding stock bit by bit. Perfect for the end of a long day!

Method
1. Combine all the ingredients in a casserole dish
2. Cover with lid and cook in a fan oven at 180C for 30 minutes (or until the rice is cooked)
3. Stir thoroughly before serving
4. Serve with a mixed green salad

Possibly one of the only true benefits of waves of emigration which afflict this country is the fact that taste buds change. Demands for ‘foreign’ food increases and with that ingredients for more ethnic-styled cooking become increasingly available.

When I was little, Chinese restaurants (not take-aways) were off the scale when it came to being exotic! There were take-aways but these were the strongholds of Italians. The main places available for dinner, rather than High Tea, were restaurants in hotels.

Indian restaurants tried and seemed to fail in the 1970s. And it is hardly surprising. In the shops was easi cook rice and a strange concoction in a tin called ‘Curry Powder’ – it smelt like curry but it sure as heck didn’t taste like it. Often added to a roux with some chopped apple, raisins and chunks of cooked chicken, this was sent out as ‘Curry’. Another alternative was Vesta dried dishes which were surprisingly tastier than other homemade efforts because at least, they contained a little kick.

Again my memories might seem fanciful but picture this. Mustard came in two varieties – English and French and both were made by Colmans (and we had only recently graduated from mustard powder which had to be mixed). Salad cream was the norm and mayonaise was the stuff of American movies. White pepper was the only variety available so when my father bought his first black pepper mill, we discovered his sister unscrewing it and looking aghast as all these tiny black balls rolled out all over her Christmas dinner.

Ethnic cooking is now a regular activity for many. As a home cook, however, I am aware that having the ingredients does not a replica dish make. I can make a version, a very tasty version, but I would never suggest it is completely acceptable to someone from that region. The taste of the ingredients may differ. The age of the ingredients may differ if they are imported. And the way I season or add spice is generally adapted to our palates. The dish is near the original but not exact. For me, cooking ethnic does not mean cooking authentic cuisine – but I do try!

With this precursor, I can now say the Teen loves Italian food since she was a tot. I always remember her first taste of lasagne – she ate it pensively, then sidled up beside my dinner and declared ‘MORE!’ She enjoyed slices of Italian salami and Parma ham when other tots were gobbling up Monster Munch.

While studying in Florence last Summer, she regaled me with tales of what she could buy at the market – fresh pastas, ragu sauces made from Boar, beautiful cheese sauces, salads, etc. and for a fraction of what is paid here. I was entralled but now nervous that my Italian-styled offerings no longer made the grade for her. I shouldn’t have worried as she still loves my risotto (phew!). It remains a firm favourite in our ‘Comfort Food’ menu.

Method
1. Put the strands of saffron into a little hot water to infuse
2. Heat stock in a pot
3. In another saucepan, melt the butter and add the olive oil to stop the butter burning
4. Add the finely minced onion and cook until soft in the melted butter
5. Add the finely minced garlic and cook
6. Add the rice and coat it completely with the onion and garlic mix
7. Cook for a minute or two
8. Add the glass of wine and stir in until evaporated
9. Add in the saffon water and stir until it is completely combined
10. Add a ladle of stock and cook until evaporated
11. Keep adding ladles of stock and cooking until evaporated and all the stock is used
12. When complete, season with salt and freshly ground black pepper
13. Add the prawns and cook gently until just cooked
14. Add in the spinach
15. Take off the heat and leave covered for about 5 minutes
16. Add a dash lemon juice, if desired