Oooooh peaches! Beautiful peaches! I bought two packs, And the very next day, I wake up to see them turning to mush before my very eyes. I am determined not to throw them out!

I start flicking through my cookery books – peach salsa, chilli and peach jam, peach jam. They all sound delightful but require ingredients I don’t have and am not bothered to go to the shops to buy.

I cooked some in paper bun cases and some in a traditional muffin tin. The ones in the paper cases rose beautifully, the ones in the tin not so much. They all tasted the same – yum! 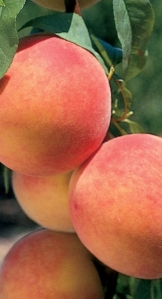 Method
1. Preheat the oven to 180 C (Fan)
2. Set out 16 paper bun cases
3. Sift the flour, cinnamon and salt together
4. Cream the butter and sugar together until pale
5. Add in the beaten eggs until combined
6. Add in the peaches and nuts
7. Fold in the flour in three stages
8. Divide into the bun cases
9. Bake for 20 minutes in the middle of the oven
10. Test with a skewer to see if they are cooked through
11. Remove from tin and allow to cool on a wire rack

Disappeared into a frenzy of baking, cooking and pickling this afternoon. I hadn’t done 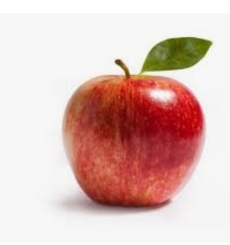 that in ages and it felt so good! Two jars of Kimchi made as well as a big pot of Carrot and Ginger soup. A loaf of Brown Bread with Pumpkin Seeds was made to accompany the soup. And for a treat, I made a Dutch Apple Cake.

A while back, I used bake this all the time – served with lashings of creamy, piping hot, custard. We got tired of it so I stopped making it. Going for coffee at a pal’s house the other day, I decided to make it again. It got the thumbs up from both my lovely friend and her husband.

It’s a comparatively slow bake cake – soft on the outside with a crunchy top. While I usually used white sugar on the top, I used brown sugar for a change and it was a very delicious addition.

Why is it called ‘Dutch’ Apple Cake? I have no clue. I think it is the addition of one of my favourite spices, cinnamon.

Method
1. Pre-heat oven to 160C degrees (non fan)
2. Grease a cake tin (10 inch)
3. Sieve flour, ground cinnamon and baking powder together
4. Beat the eggs, milk and vanilla essence together
5. Cream the butter and sugar until pale
6. Add the beaten egg mix in three stages, combining each time
7. Add the dry ingredients in three stages, combining each time
8. Put half the cake mix into the tin
9. Sprinkle the apple pieces on top
10. Cover with the remaining cake mix
11. Sprinkle the sugar over the top*
12. Bake for 40-50 minutes (check with a skewer until it comes away clean)**
13. Turn onto a wire rack to cool (top size up)
14. Serve warm with whipped cream or custard

* I love cinnamon. I used bake the cake without it and when cooled, sprinkle cinnamon sugar on the top
** I place tinfoil loosely over the top at the half way mark to avoid burning.

Now referred to by its rather generic name, ‘Porter Cake’, this cake was known as known as Guinness Cake when I was young. I loved the name my mother recorded this recipe under: ‘Mr Guinness Cake’ giving it an elevated status that makes me smile. Another thing which made me smile was the date given: 28 April 1971. My 6th birthday and certainly this was not the cake served at my party! I had mum’s chocolate cake. I always had Mum’s chocolate cake.

When people ask what they should bring from Ireland as gifts abroad, I always recommend a Porter Cake, which is now available in tins, and a bottle of whiskey – of which there are many varieties and standards of excellence.

Method
1. Pre-heat oven to 325 F degrees (160 C)
2. Cream together the butter and sugar until pale
3. Gradually beat in the eggs and mix through
4. Fold in the flour and mixed spice
5. Add the dried fruit and walnuts
6. Mix together well
7. Add in 4 tablespoons Guinness
8. Turn into a prepared 7 inch round cake tin
9. Bake in a moderate oven for 1 hour
10. Reduce heat to 300F degrees (150 C) and bake for another 1½ hours
11. Allow to cool in the tin
12. Remove from the cake tin
13. Prink the base of the cake with a skewer and spoon over the remaining 4-8 tablespoons of Guinness
14. Store for one week before eating